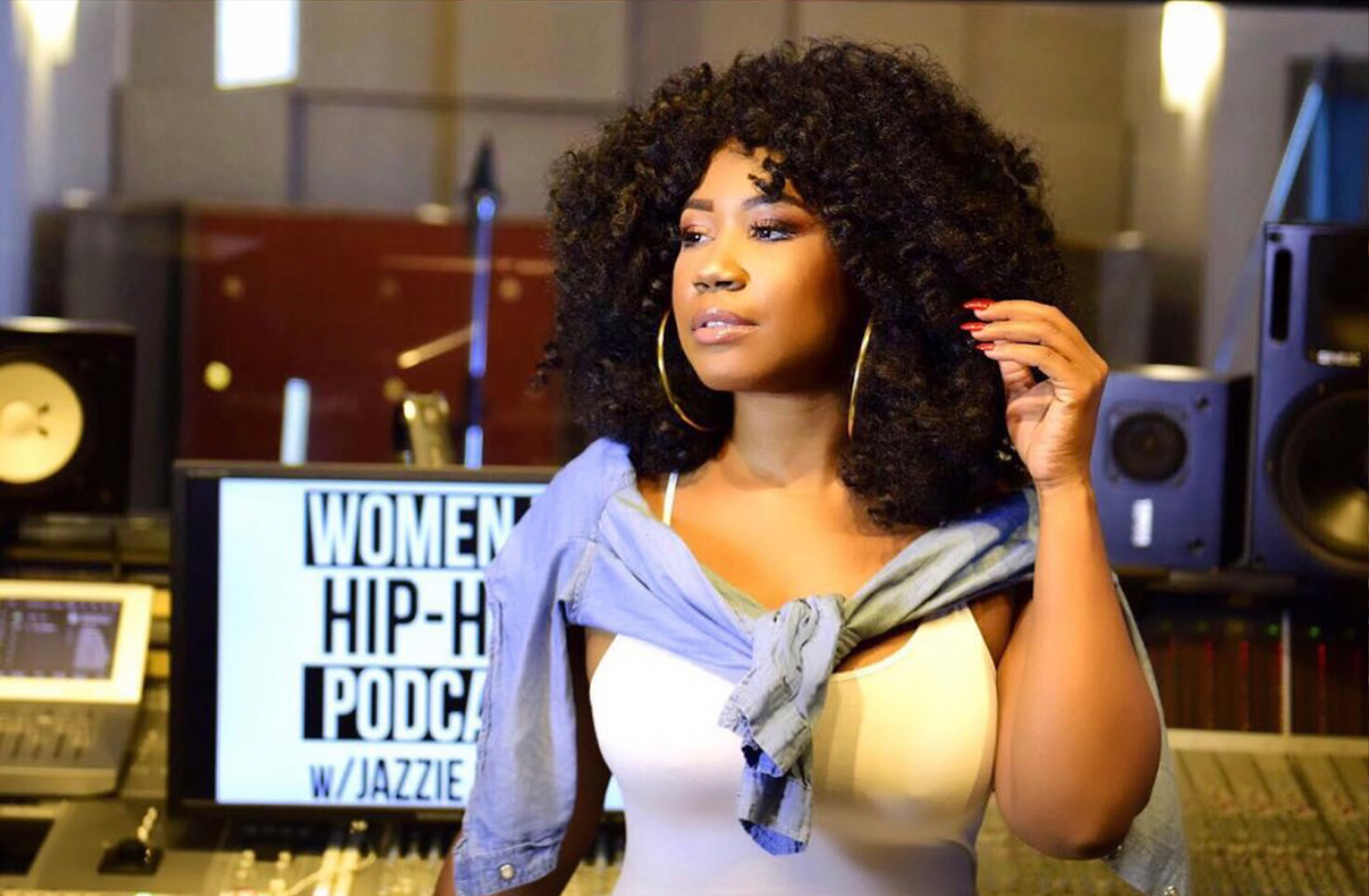 Born & raised in Detroit, Michigan, Jazzie Belle first began her career as a glamour model and was featured in all the A-List entertainment magazines throughout the world! Determined to never remain stagnant, Jazzie took a path in media and received her big break by landing a co-hosting position at Eminem’s Shade45 on SiriusXM. After 4 years at the very popular hip hop station, reaching millions of listeners daily, she felt compelled to create a platform that focused on the many talents, and influences from women that contributed to the culture that are oftentimes unsung & unappreciated. And with that in mind, the immensely popular, “Women in Hip Hop” Podcast was born.

Jazzie’s mission with the podcast is to inspire women everywhere to overcome any obstacles & adversities faced in the workplace due to their gender; especially in a male dominated field. She had the pleasure in interviewing some of your favorite Women in Hip Hop such as, the pioneer of female rappers Roxanne Shante, West Coast star and protege of rapper/actor Ice Cube, Yo-Yo, Multi Platinum R&B superstar Faith Evans & “The Queen of all Media”, Wendy Williams. Wendy went on record to say that she enjoyed Jazzie’s interview with her so much, that she called her & I quote “The Next Generation.”

Soon after, the Daytime Diva invited Ms. Belle on her national syndicated talk show, The Wendy Williams Show, where Jazzie dished on the latest in entertainment news and celebrity gossip in the segment entitled “Inside Scoop”.

In 2018, Jazzie Belle was presented with The Trailblazer Award in radio/broadcast at The Black Women in Media Awards. Other honorees included fellow personalities Flo Anthony & Angela Yee. In 2019, Jazzie Belle was featured on E! True Hollywood Story: Does Hip Hop Reject Women, a special that discussed the evolution of female rappers. Currently, Jazzie Belle can be seen and heard discussing the importance of amplifying black women voices and encouraging young girls to be self sufficient and confident through the lens of hip hop. Her book 48 Bars of Power is set to be released in the Fall of 2021. You can also catch Jazzie Belle covering Hollywoods most prestigious events, press junkets and red carpets.

There’s no limit to what Jazzie Belle can accomplish, prevailing at any role given to her and continuing to evolve in her career. As media giant Wendy Williams put it, Jazzie Belle is and will be “The Next Generation” in media.